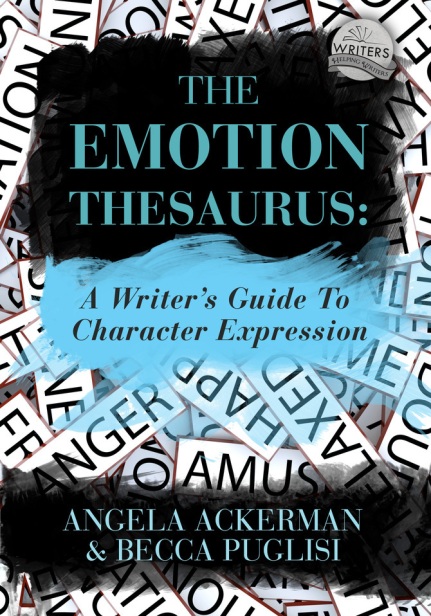 The Emotion Thesaurus is one of the more interesting books on writing which I’ve picked up recently. Having had the time to read the book thoroughly and take in its contents, I figured it is time to write a review on it. As the name suggests, The Emotion Thesaurus is a list of emotions and the various ways a writer may show them when writing their work. These can include visual cues, internal cues and the ways the emotions manifest when suppressed or over the long term. This is a neat little book covering a rather niche topic but it has come in useful on many an occasion. It is part of a series and is intended to used along other books from the authors, who run the Writers Helping Writers website. These are The Positive Trait Thesaurus and The Negative Trait Thesaurus, and they are probably just as good.

As for The Emotion Thesaurus itself, it is a rather good book. Each emotion within the book gets two pages devoted to it. The page lists a quick definition of the emotion then it lists the ways it can be used, providing suggestions with the way the writer can describe it within their text. The first of these categories is the physical signals, the ways the writer can describe the most common ways in which the writer can show the emotion visually. The second is the internal sensations, which describe how a character would feel internally when feeling the emotion and generally refer to aspects the emotion which can’t be shown visually. The page then lists mental responses, ways in which the character may respond to the emotion. Then it lists ways the emotion can be shown in an acute manner or over the long term, under which are the various feelings the emotion may escalate to over time, listing the relevant emotions and where they can be found in the book. Finally it shows the cues for the emotion when it is suppressed, which show how a character might react when they are trying to hide or not feel the emotion in question.

The thesaurus is very useful and covers pretty much every context in which you might conceivably use a particular emotion. It is also very versatile since it covers enough ground that it doesn’t matter if you are writing prose, or writing for a more visual medium such as films in comics. The more visual categories such as physical signals lend themselves well to all the mediums, and I found myself referring to them a lot when I started to use the book when writing film scripts. However some, like internal sensations and mental responses, lend themselves better to prose like mediums since they are more easily shown internally in the narrative of the point of view character rather than a visual medium.

Of course how useful this book is may vary in the eyes of the reader, as some people may disagree as to whether or not the various ways of describing the emotions are effective or not. I personally felt that some of the cues for certain emotions were lacking and seemed rather bland, especially when writing in a visual medium. I also felt some crucial emotions were missing from the book, and on occasion I found myself scouring through the book for a particular emotion without success. Some of these, were in my opinion rather common emotions as well, which made me slightly annoyed. I am aware however that it would be impossible to include every emotion that ever existed, and that it is unreasonable to expect to find everything in this book. It is certainly a very functional book, despite my misgivings.

Overall I liked reading it a lot. It was very bare bones, containing nothing but the emotions and their uses. In that respect it is a very single purpose book, but this worked to its advantage. It isn’t a full blown guide on how to write a book, it’s a resource with a specific use in mind and it does its job well. There is no ideological baggage associate with this book, and it doesn’t ram its advice down your throat, and is a breath of fresh air compared to other writing books on this list. It doesn’t matter if you’re writing a novel, script or something else, this is a book worth reading. If you’re the kind of person who struggles to write, then this the book for you. It doesn’t go too much into detail and does exactly what it says on the tin, and for that it is probably one of the best writing books I’ve read for a while.

EDIT: It has come to my attention that there is a companion to this book known as Emotion Amplifiers. It covers a number of emotions which were missing in the Emotion Thesaurus and is available for free so it is certainly worth a look.  It is available as an ebook and can be found on the Writers Helping Writers website at http://writershelpingwriters.net/bookstore/ as a free download.

IN A WORD: BRILLIANT

One thought on “Books on Writing: The Emotion Thesaurus (Angela Ackerman & Becca Puglisi 2012)”